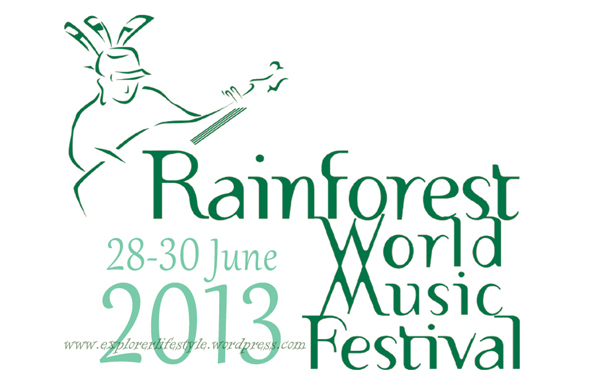 Rainforest World Music Festival (RWMF) is happening on this June 28-30 at the Sarawak Cultural Village which is just out of Kuching city. YB Datuk Amar Abang Zohari Tun Abang Haji Openg – Minister of Housing & Minister of Tourism, Sarawak announced this today at a press conference held at Plaza Merdeka, Kuching.

The Minister also proudly announced the ‘BrandLaureate Country Branding Award 2012-2013’ awarded to the festival in a glittering ceremony in Kuala Lumpur recently.

The BrandLaureate Awards is the Grammy Awards for branding and the No.1 branding awards in the Asia Pacific and is endorsed by the King of Malaysia.

Once again this year, the Festival was voted for the 4th consecutive year as the top 25 best International Festivals by the renowned world music magazine, Songlines, in the UK.

The winning award and recognition has elevated its status in the international music scene as a festival which has well and truly put Sarawak on the world tourism map. It also extends its appeal to shores further from neighbouring countries.

Through Sarawak Tourism Board’s promotional and marketing effort overseas, RWMF packages are promoted from as far as London and the regions nearby like Brunei and also Peninsula Malaysia.

These travel packages enable visitors to come and visit Sarawak not only for the festival but also to explore and experience the adventure in Sarawak.

This year will be another exciting year and the organizer has promised the best line-up on stage from 21 bands which consist of 13 international and 8 Malaysian bands playing a diverse range of world music genres.

The festival will continue its unique formula of having the afternoon informative musical workshops, ethno-musical lectures, jamming session and mini-concerts held in the ethnic houses within the village. This session precedes the evening performances on two main stages outdoor with the jungle ambience.

The festival will showcase more of Sarawak’s local talent compared to the previous years. This is in line with the feedback received from the festival-goers from the previous festivals.

The chances of sharing the same stage with international acts will enable our local musicians to be exposed to the international music scene.

Amongst the wide range of traditional music from Sarawak to be featured this time will be the rare and dying art of the nose flute as well as Sarawak and Malaysian folk music interwoven with Chinese traditional instruments. 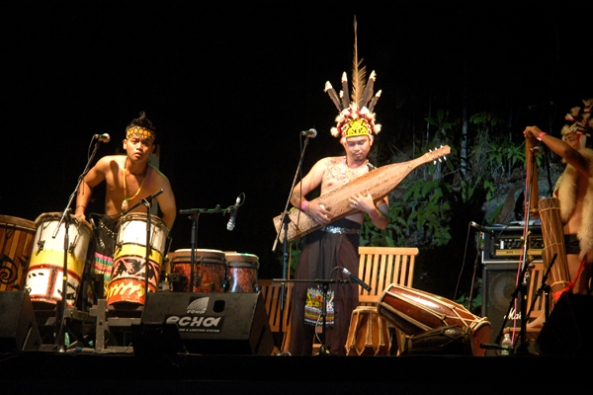 For most visitors to the state, the Rainforest World Music Festival is a not-to-be-missed occasion, guaranteeing a smashing time of a visit to Malaysia. RWMF is where people from different culture, backgrounds and music interests will come together to have the time of their lives.

This will thus augur well for the local business community and also contribute to a significant number of visitors’ arrivals into Sarawak as a whole. For more information, log on to www.rwmf.net